What is New Space? 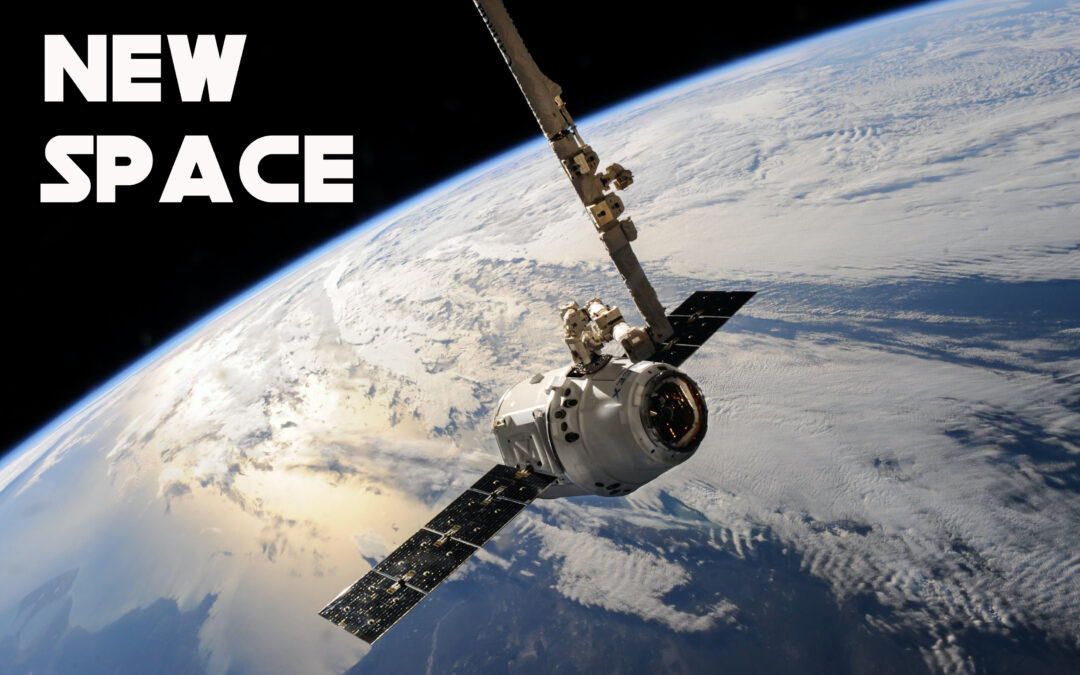 The concept of New Space is trending, and it is the billionaires with their vast private investments, like Richard Branson and his Virgin Galactic or Jeff Bezos and Blue Origin, and their race to reach space that have raised its profile, but do you know what New Space means? We will tell you more in this post.

For some time, efforts to explore space have no longer been exclusively in the hands of governments and official organizations. There are many startups that are investing millions in space research and development, especially with a focus on new, more agile and efficient business models. This is where the concept of New Space comes from, and while it is a debatable idea and hard to define, it refers to the new private companies and projects that are shaking up the aerospace sector.

The sector analyst Matthew Weinzierl, professor at the Harvard Business School, defines it as a group of startups aiming to “disrupt the US space sector with new technologies, management perspectives and competitive pressure”. Even so, Weinzierl admits that New Space is a controversial term, even within the sector itself. “It is not really about public versus private, or even newcomers against the establishment”, he says. “I would say that the key differences are in the mindset and business model”.

In short, we can say that the idea of New Space refers to the emergence of a private industry for space flight and an aerospace industry with a clearly commercial outlook that is free from government policy, political motivations and traditional contractors. The distinguishing features of New Space sector companies are that they are faster, more efficient and more economical in developing products for space missions, and this has enabled them to give the sector a new push.

How did New Space start?

In the past, Old Space was the situation dominated by a few institutions, like NASA, with a solid, centralized structure and a permanent reliance on the same private companies as suppliers. While this model has worked perfectly and made great achievements, observers of the sector considered it to be slow and excessively bureaucratic, which made it less efficient than it could be.

New Space came about when the United States decided to stop using its manned space shuttles without having an alternative ready. This created an opportunity that was seized on by a group of entrepreneurs to try a new approach for the aerospace sector.

This is where  an alternative business culture, derived from the spirit of Silicon Valley came into play: startup companies were convinced that their new ideas and competition could drastically lower costs and achieve landmarks that Old Space had failed to reach.

There are many companies working in the aerospace sector today with this mentality, although the competition between them to operate commercial space travel means that Richard Branson’s Virgin Galactic and Jeff Bezos’ Blue Origin are the best known. Branson flew to the edge of space on 11th July in his own spacecraft while Bezos went there on 20th July.

At Solar MEMS we are proud to say that we work equally for Old Space and New Space projects, thanks to our magnificent team that develops customized technology for all type of projects, for clients of all sizes and anywhere in the world.