Do you know what a clean room is and how it works?

Clean rooms are among the facilities that are used to create products for the aeronautical and aerospace industries. The workers at Solar MEMS work in them every day, but we would like to tell the general public what they are, what they are for and how they were created.

What is a clean room and what is it used for?

A clean room is an isolated room that has been specially designed to ensure low levels of contamination, which is why it must have a strictly controlled environment. The volume of particles suspended in the air is kept very low.

Among the main parameters to be monitored in clean rooms are the number and size of the particles in the air, the temperature, humidity, air flow (speed, direction, etc.), the air pressure inside the room, the lighting, internal layout and protection from fire and static electricity.

Clean rooms can be classified by the number and size of the particles accepted in the volume of air.

Clean rooms are used to develop products in many industries, such as the medical, biotechnology, optical, aeronautical and aerospace sectors, which is the case of Solar MEMS.

Our facilities include two clean rooms ISO Class 8 for microfabrication following the highest quality standards with more than 60 m2, and are equipped with the following: 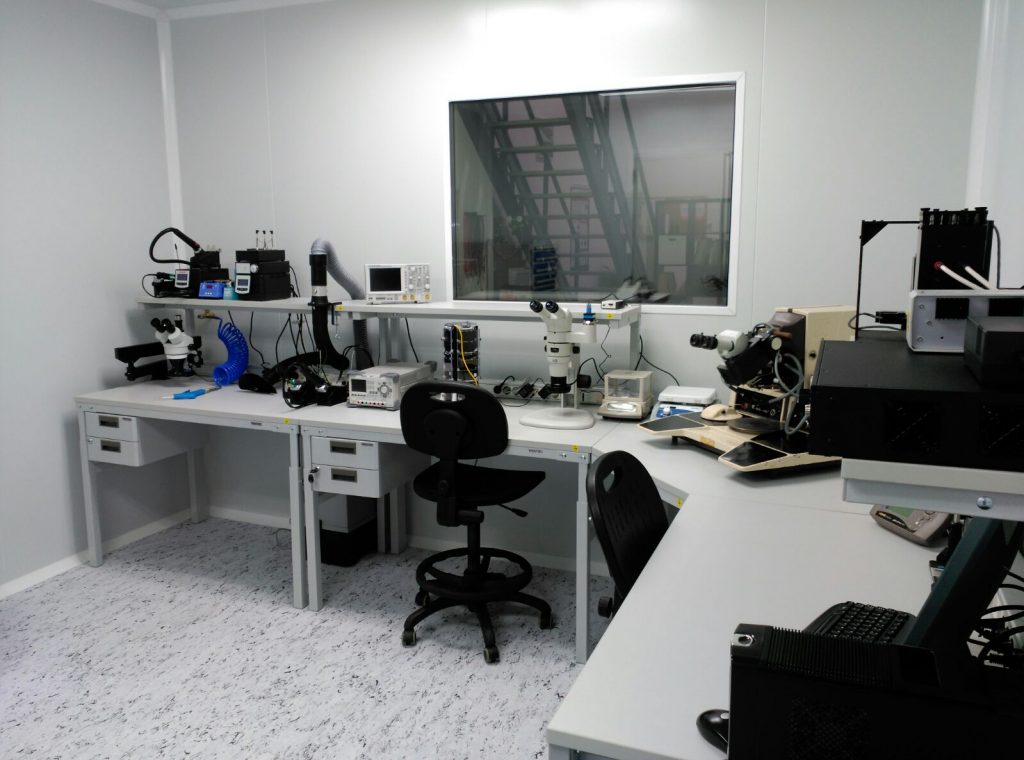 The history of clean rooms

Clean rooms were first developed in the 19th century for the health sector, although they were not like the rooms we have today. At that time, surgeons and microbiologists realised that they could reduce the number of bacterial infections by constant ventilation of the air in the operating theatre.

They became more careful about hygiene and established rules for the clothes to be worn when operating, the sterilisation of surgical equipment, hand washing, and so on.

The first version of today’s clean rooms was set up by the American physicist Willis Whitfield in 1960, and his innovation led to him being called “Mr. Clean” by Time Magazine. It was a space designed for science research and manufacturing, and its principal innovation was a machine that pumped out filtered air at a constant rate, forcing the residual air out of the room.

Many further advances have taken place since then, and there are many standards and parameters to take into account when setting up a clean room, which must also comply with a series of international quality certificates.

This website (www.solar-mems.com) uses own cookies to gather information that helps optimizing user’s visit to the web pages. Cookies will be not used to compile personal data. The user will allow or reject their use, and its configuration could be changed whenever desired. I agreeRead more